THE UNRESOLVED PATENTS OF NIKOLA TESLA

The Inventions That Tesla Did Not Protect

The book “The Unresolved Patents of Nikola Tesla” is a logical successor to the work “The Patents of Nikola Tesla - Towards the Definite Catalog” by Snezana Sarboh M.Sc, published in 2006 by the Nikola Tesla Museum as two separate editions in Serbian and English. The publication's subtitle - Towards the Definite Catalog - clearly suggests the need for additional research of patent documentation, which would provide further insight into the lifetime's work of this ingenious scientist, engineer and inventor.

This new edition is a result of comprehensive expert research carried out by patent engineers Snezana Sarboh, M.Sc, and Siobodan Stojkovic. They carefully analyzed part of the extensive documentation from Tesla's personal archives, the contents of which was previously unknown to the public. The reason is simple: the material concerns inventions and patent applications for which Tesla did not receive patents in the US or elsewhere, prepared patent applications that Tesla never submitted, and even approved patents for which he failed to pay the required fees for any reason, and thus failed to obtain patent rights.

Patent offices around the world carefully preserve all approved patent applications, but they are not obliged to keep in their archives the applications that were not approved for any reason. As such, the archive materials presented here are the exclusive property of the Nikola Tesla Museum in Belgrade and most of them are being published here for the first time.

Future researchers will encounter numerous challenges offered by this content-rich and analytically processed material. The real value of this edition is undoubtedly in more than 200 published original documents. Among them are Tesla's patent claims with invention descriptions, sketches and drawings; his handwritten draft responses to the US Patent Office examination results pertaining to individual inventions, letters from Tesla's patent attorneys, examination results rejecting his patent applications, information letters on patent grant, and many other documents from this extremely interesting, but largely unknown, segment of Tesla's legacy. 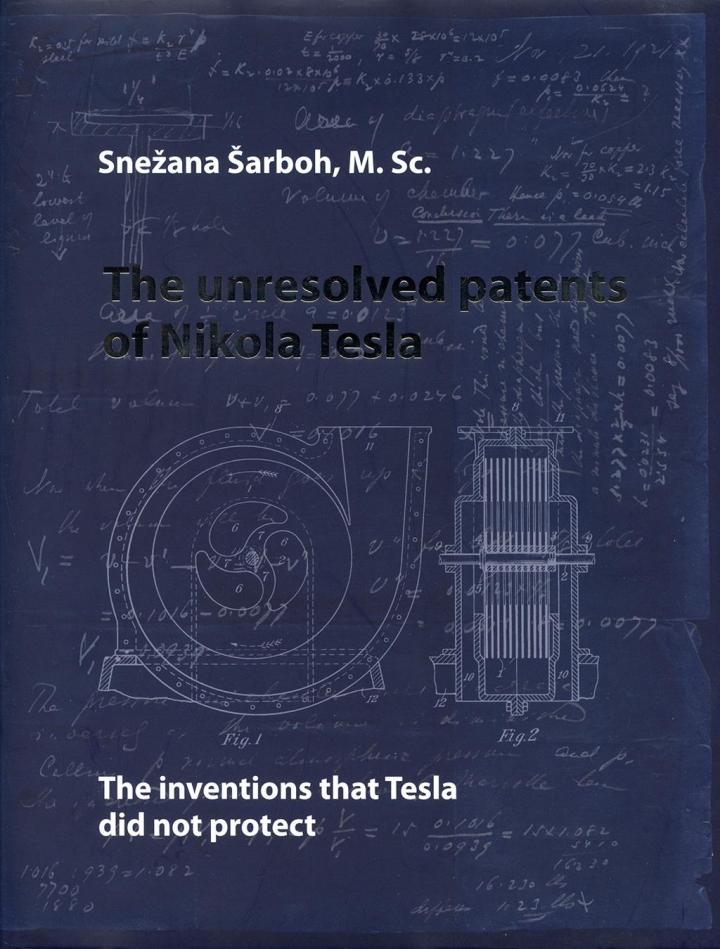