CRIME IN WAR - GENOCIDE IN PEACE

Vladislav Jovanović, Slobodan Petković, Slobodan Čikarić
Stručna literaturaEseji, publicistikaRazno
SLUŽBENI GLASNIK
Podelite:
The book identifies in a documented way hundreds of locations across Serbian land that were struck by projectiles containing lethal radioactive substances. In more than 60% of cases the targets were civilian and even 44% of all the impacts were effected in the final 10 days of war, after the agreement on ending the aggression had been reached.
The study Crime in War – Genocide in Peace raises our awareness of the criminal nature and the genocidal effects of the air campaign which NATO conducted against the Federal Republic of Yugoslavia in 1999, in violation of the United Nations Charter and its own Statute, without the authorization of the UN Security Council.
Ostavi komentar

CRIME IN WAR - GENOCIDE IN PEACEMožda vam se svidi i… 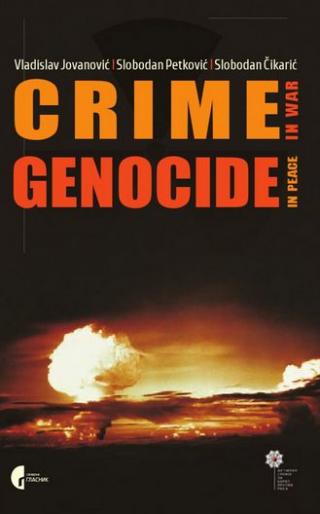